This game has two parts in it. The dog needs to open the first flap of the box and after that he needs to push the box open.

You need a specific type of cardboard box for this game, as you can see in the pictures.

Before I gave the box to Miki I reinforced the edges and the flaps of the box with some clear packing tape.

Then I opened the box on the floor (like in the last picture) and I put a weight inside the box to keep it in place. If you use the weight it needs to be flat so that it won’t accidentally fall or roll on to your dog’s paw.

If you don’t have any suitable weight you can always hold on the box while your dog is working (2nd picture).

I put small treats on both sides of the weights and closed the box. Before I closed the last flap, I drop one more treat in the gap.

The first time I gave this game to Miki, I left the last flap slightly open, as you can see in the first picture. Miki got the box open in 15 seconds. But it was not until the sixth try Miki really understood how to get the box open correctly, until that he just clawed and pushed the box randomly to get it open. 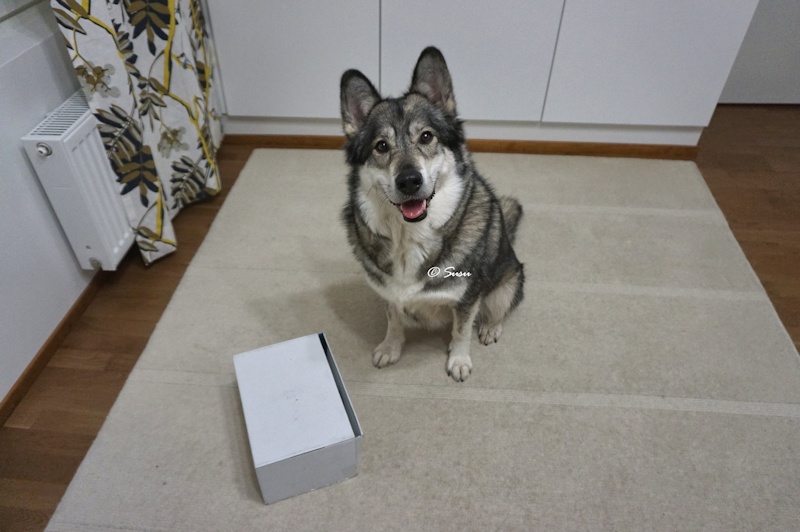 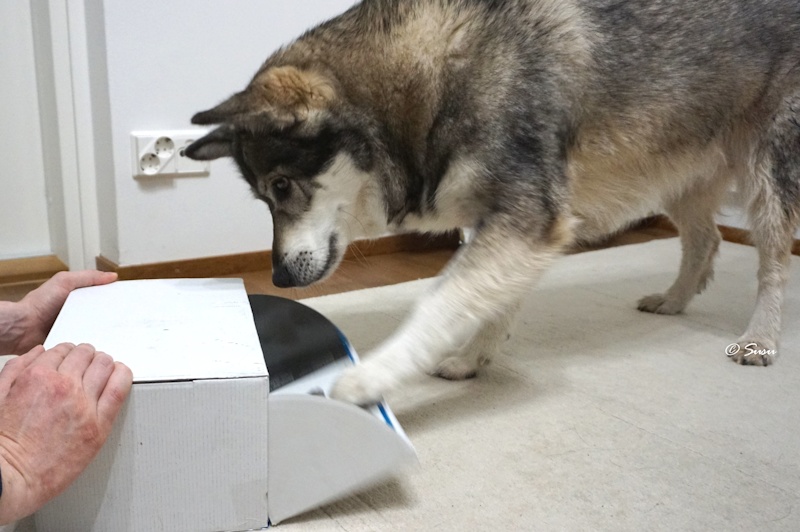 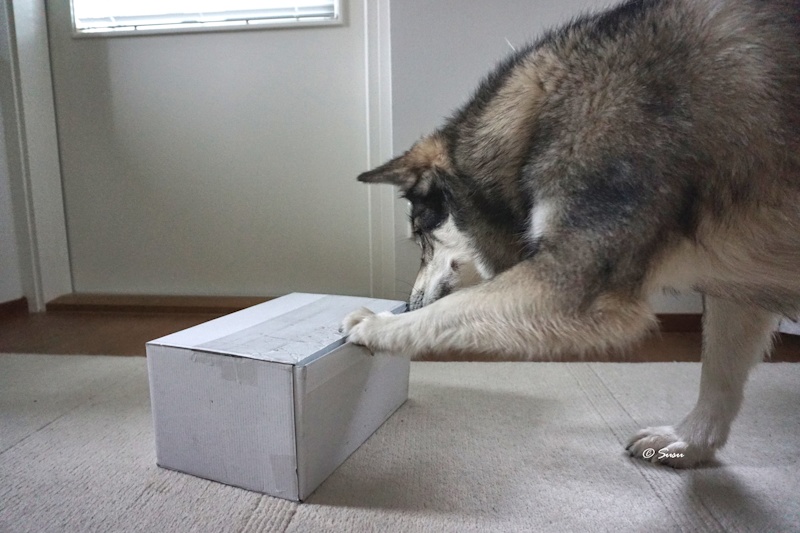 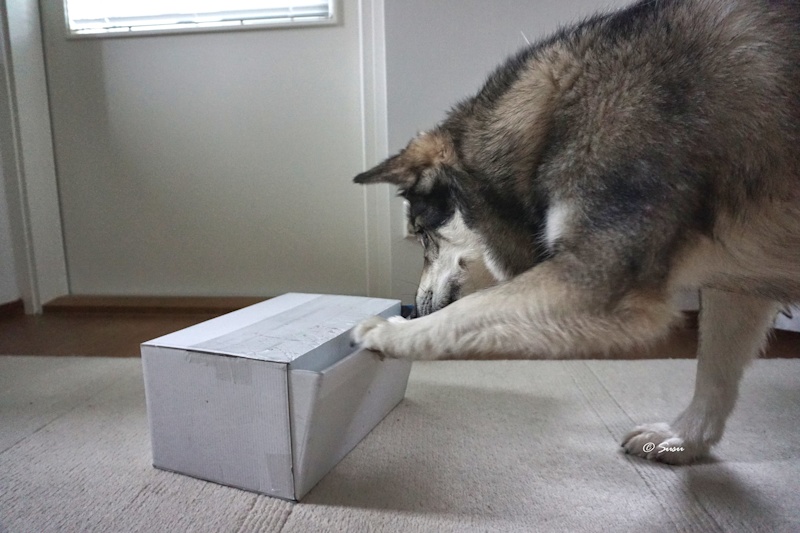 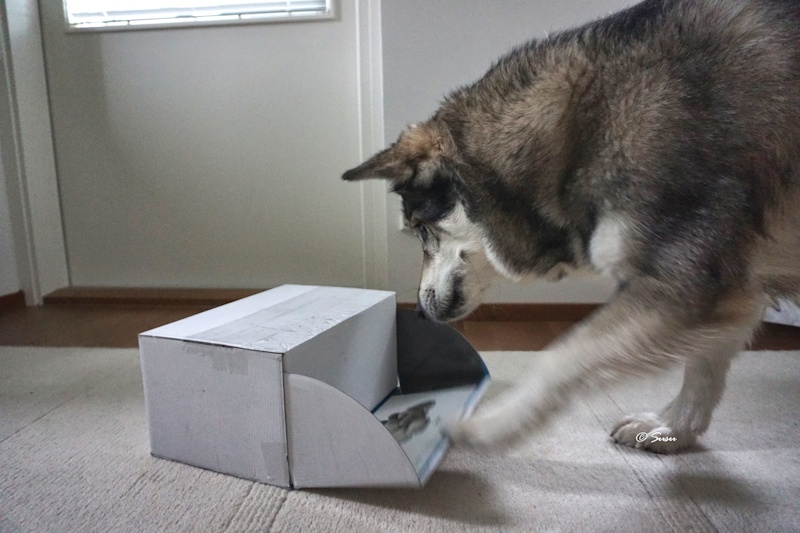 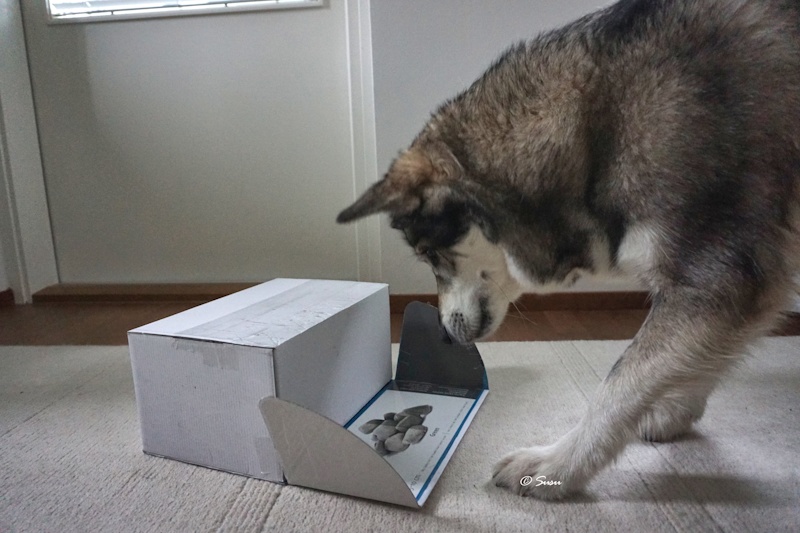 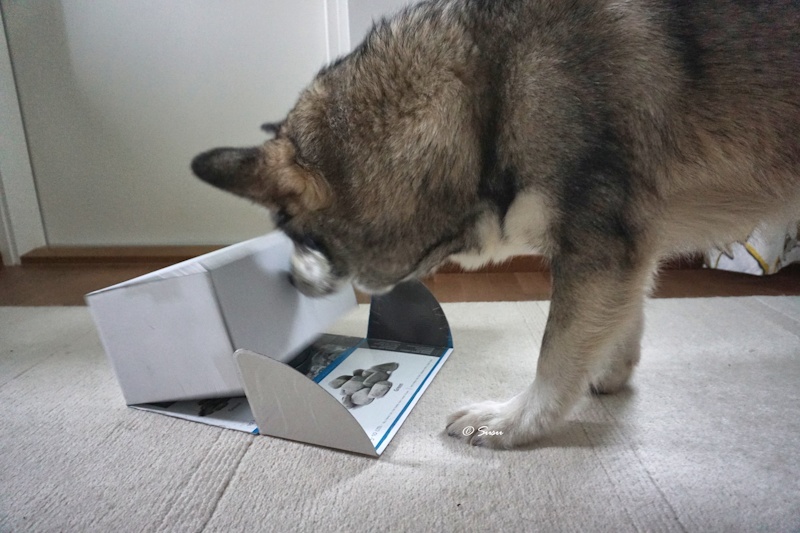 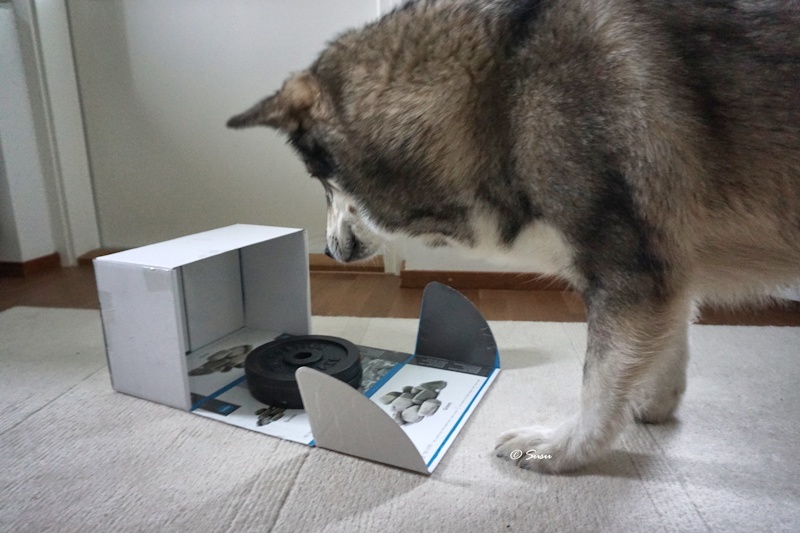 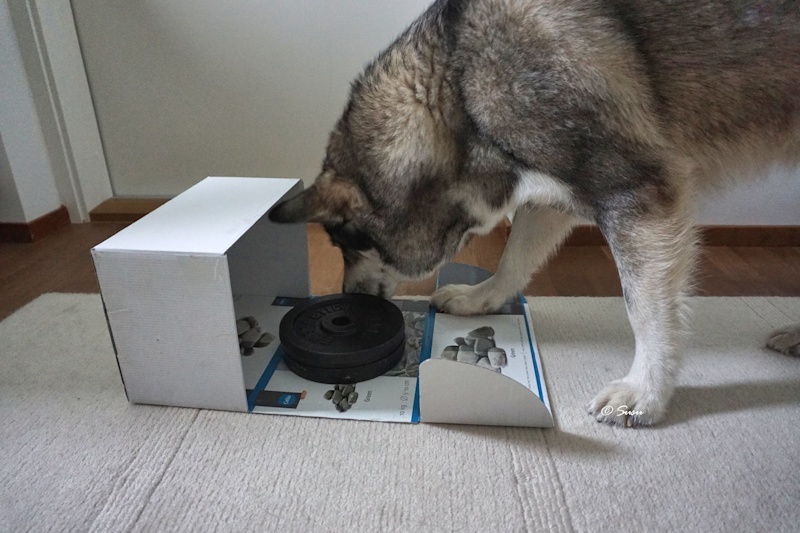 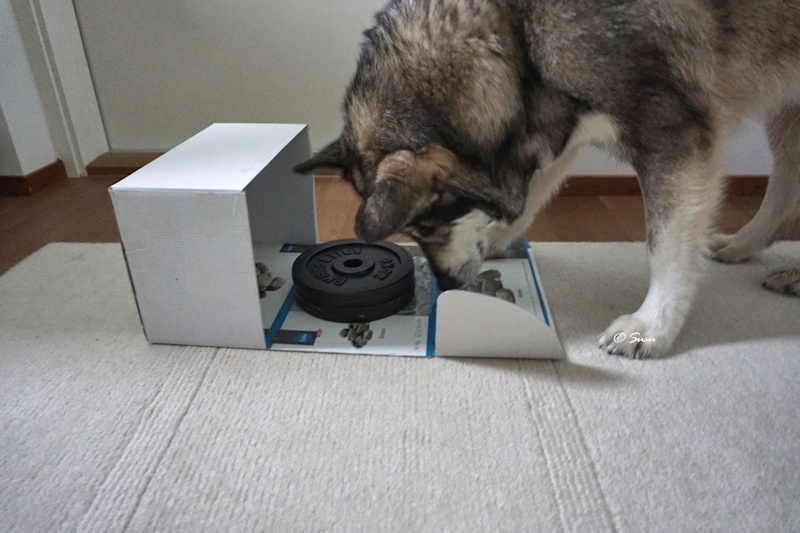