I made several fun games for Miki from these puzzle mat pieces.

Toys for small children are usually safe for dogs as well because they seldom have any small loose parts in them.

First I made a box out of these pieces. I put the box on its side on the floor and then I put few treats inside and let Miki search them. Later on I attached a piece of paper as an obstacle at the front of the box. 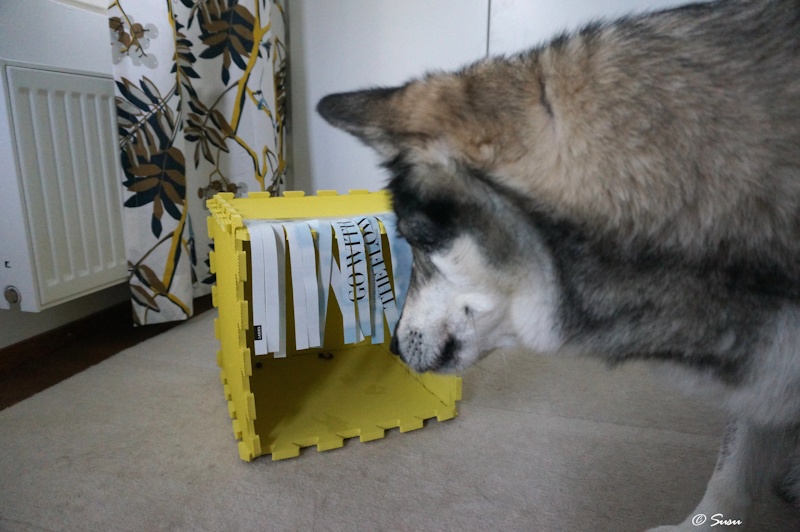 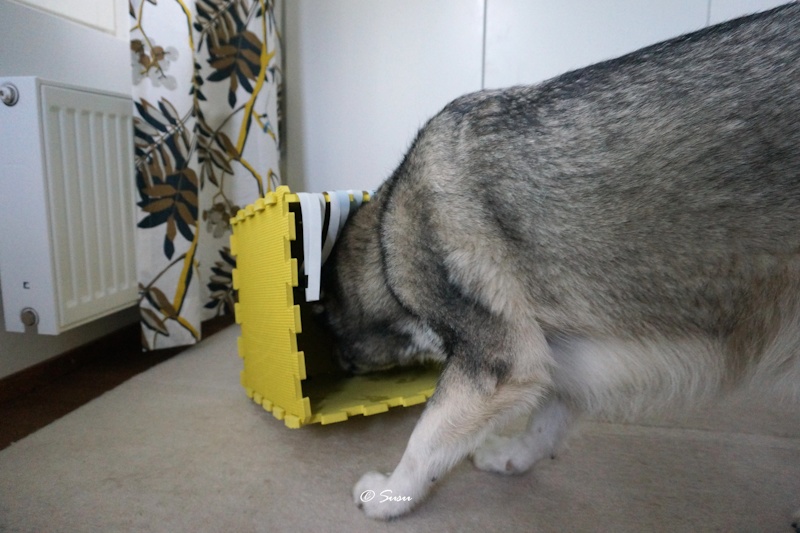 I made another box out of these pieces. I placed the boxes on the floor back to back, so that the openings were facing in opposite directions. Then I placed some kibble in turns inside the boxes, so that Miki needed to circle them constantly.

This game may cause your dog to get excited, so you may not want to play this game just before you are leaving your dog home alone. 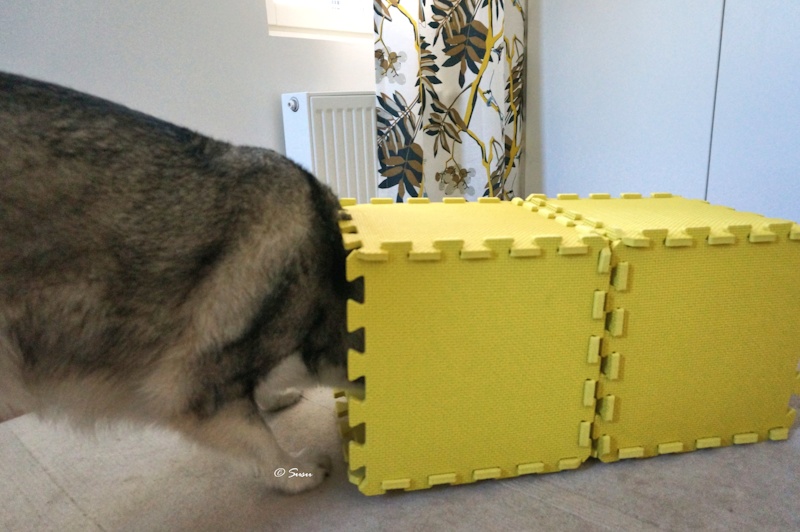 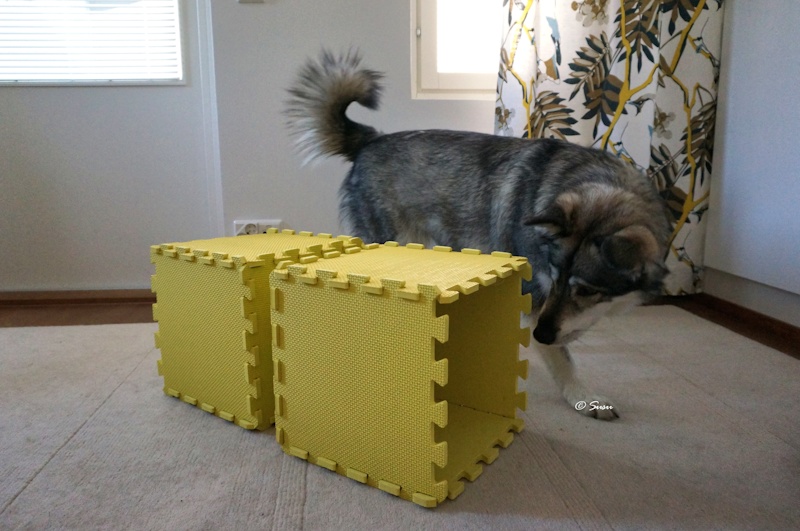 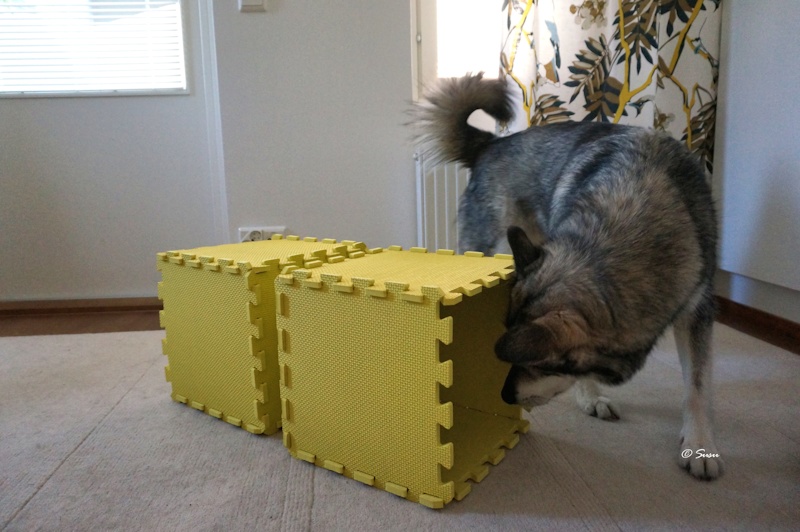 I put five separate pieces on the floor and hid one treat under every piece. 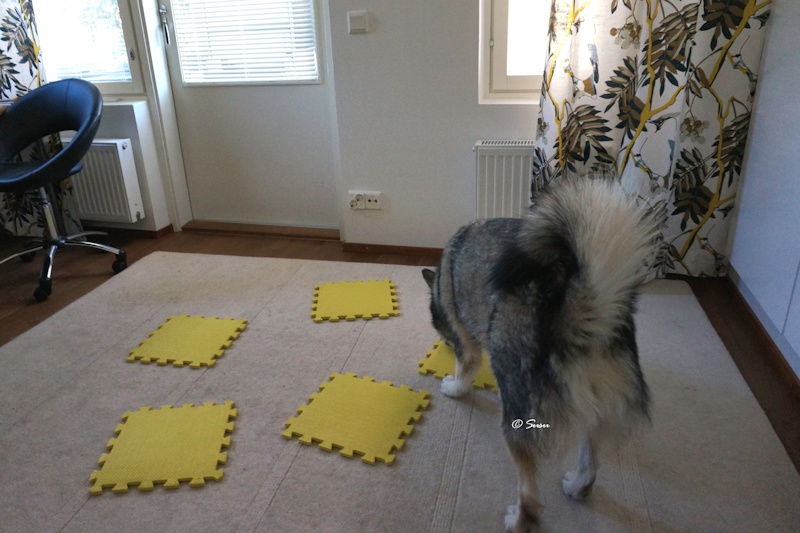 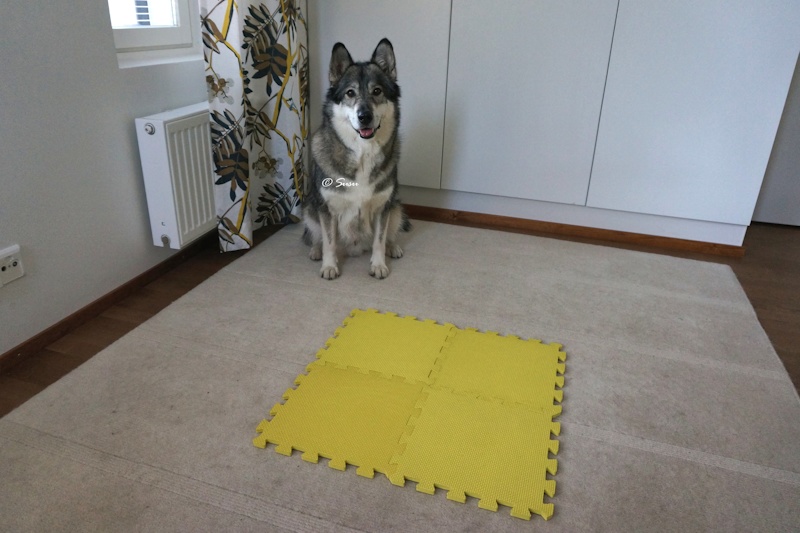 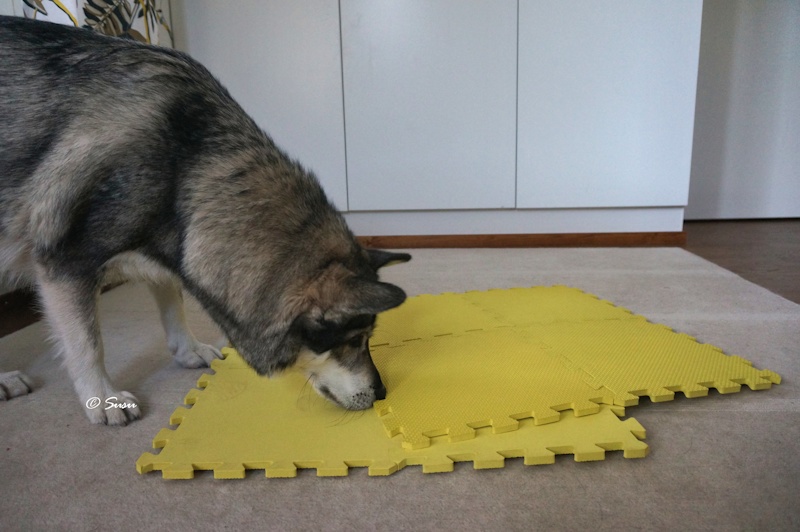 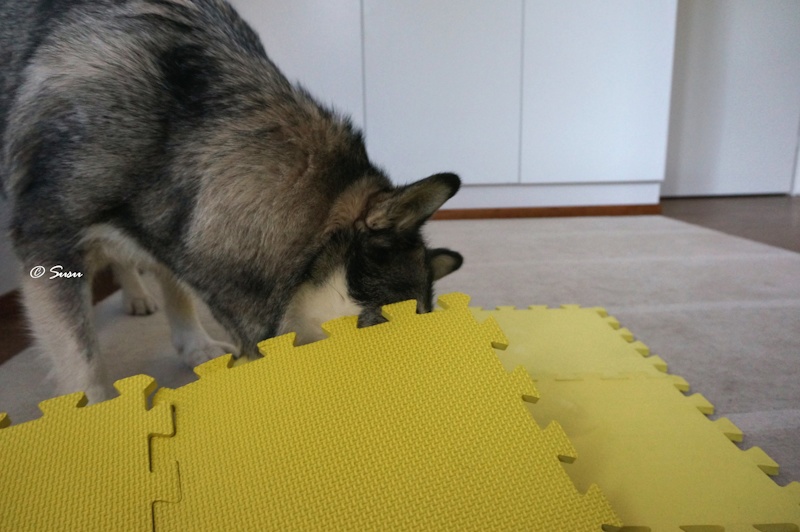 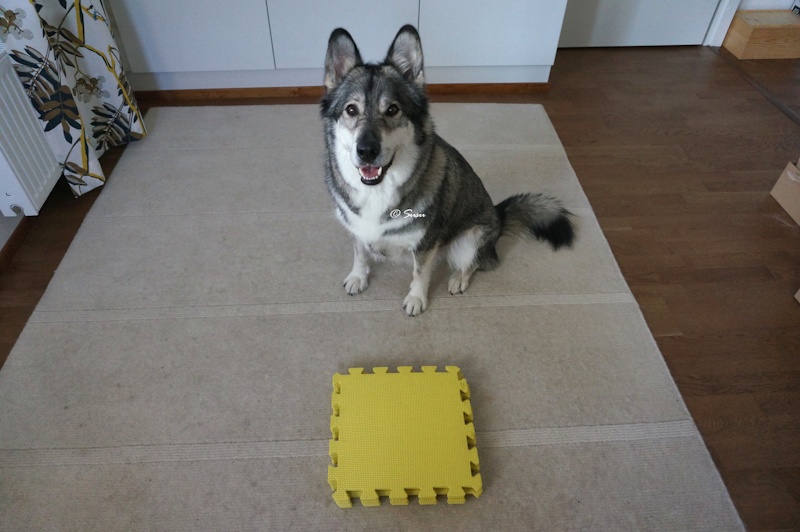 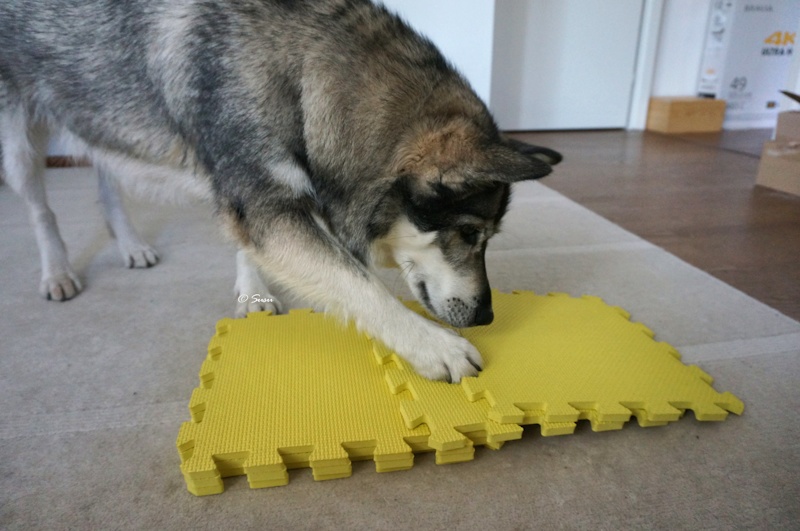 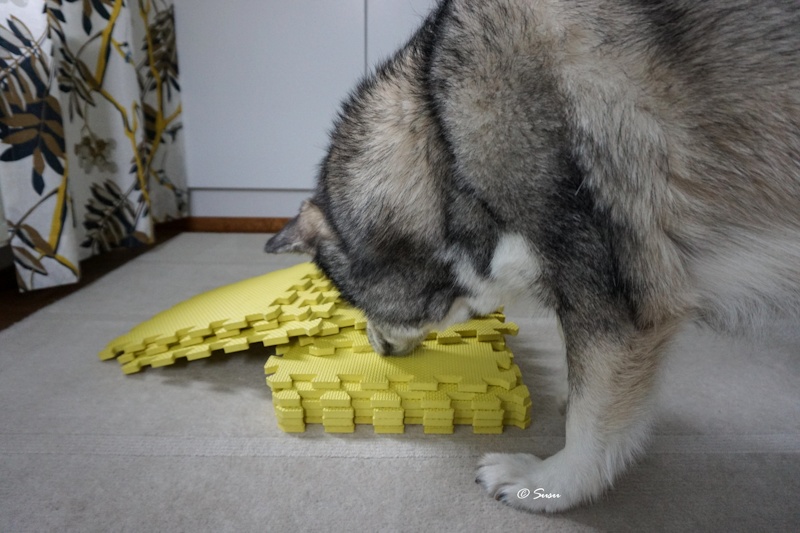 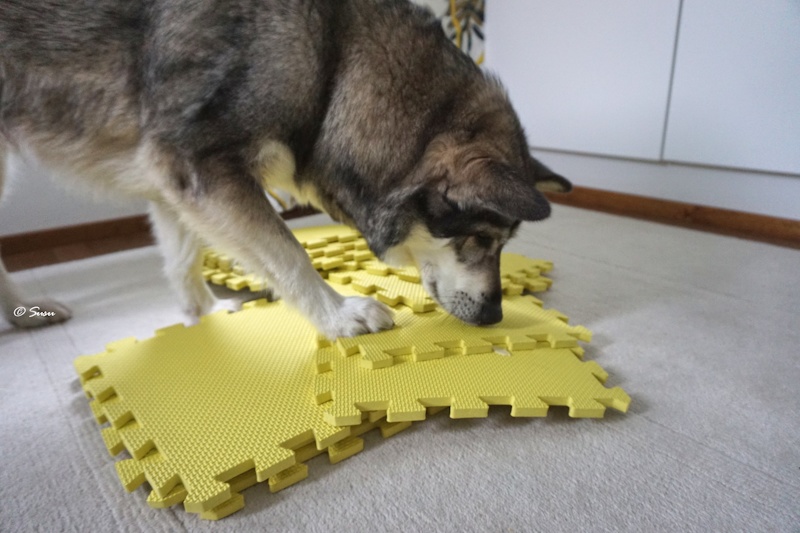 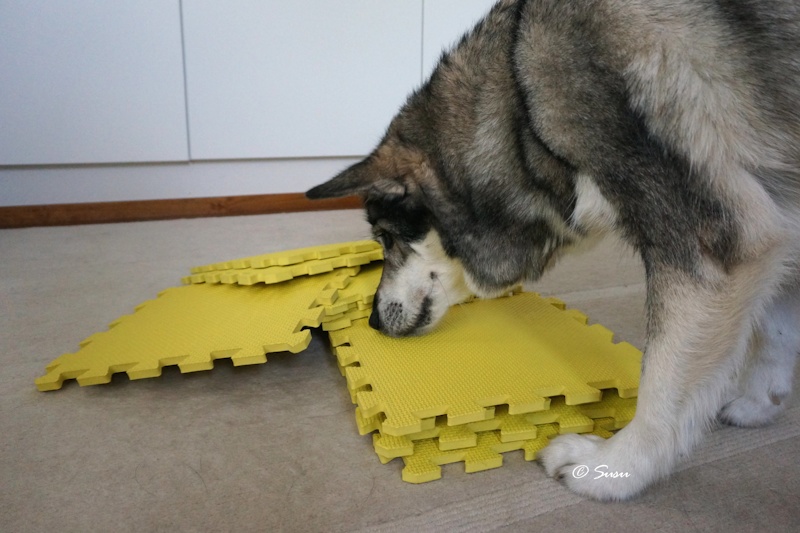 I put two separate pieces into a cardboard box and sprinkled some kibble on the bottom of the box. At the second time I attached these two pieces together before I placed them in to the box with the kibble. 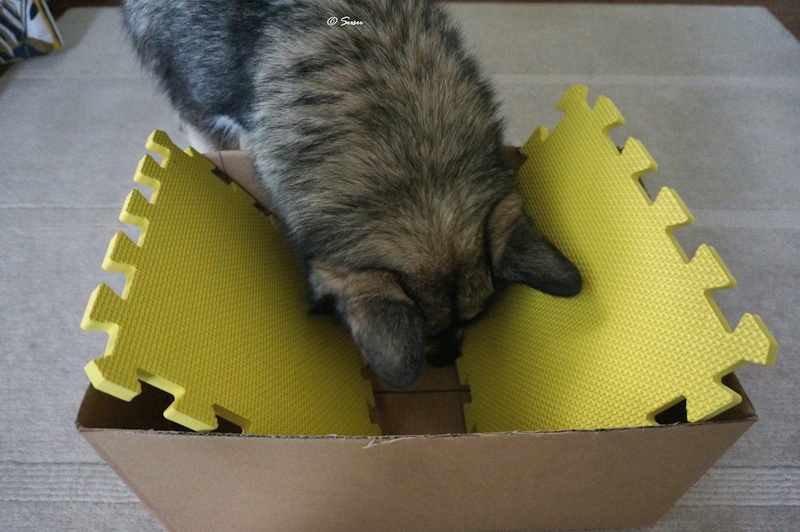 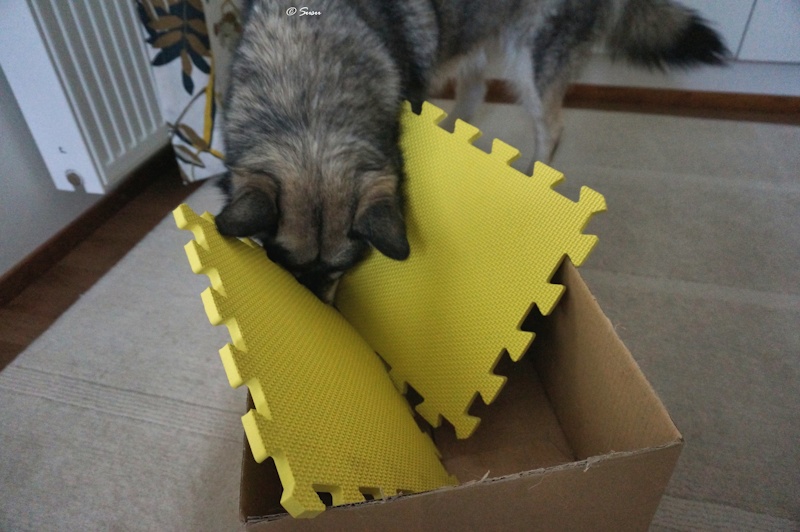 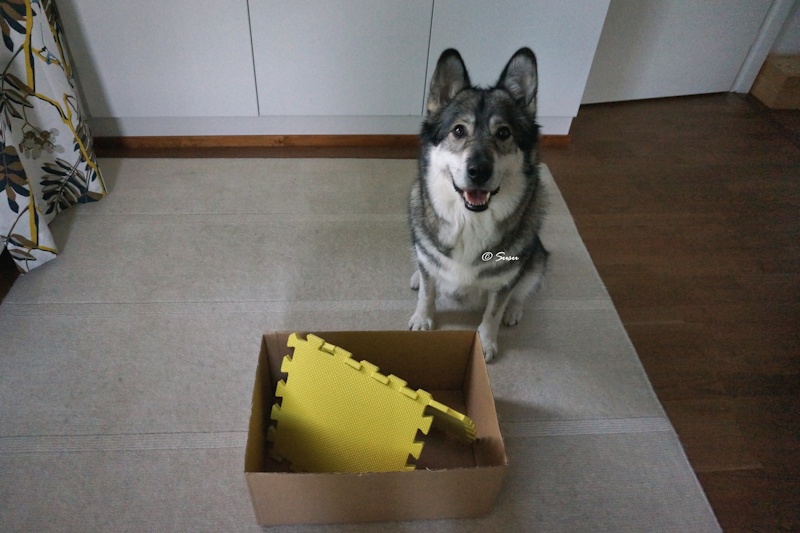 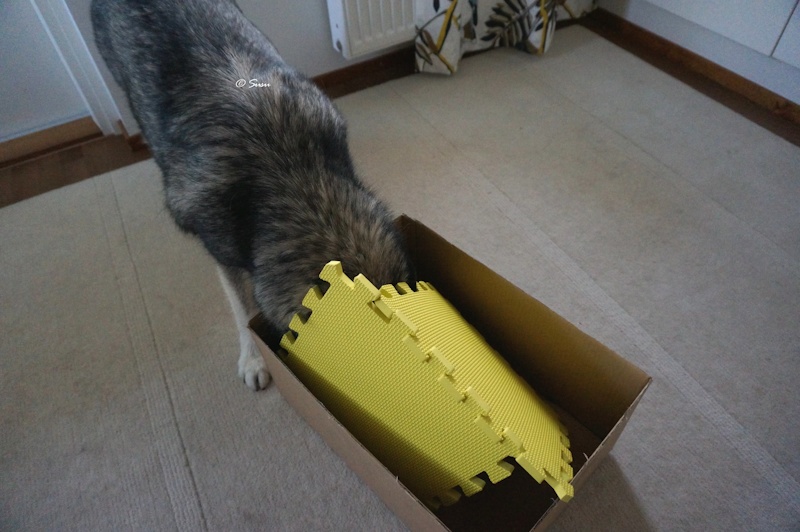 First I sprinkled some treats on the bottom of a cardboard box and then I put one piece on top of the treats. At the second time I stacked four pieces into the box and I put treats in between the layers. 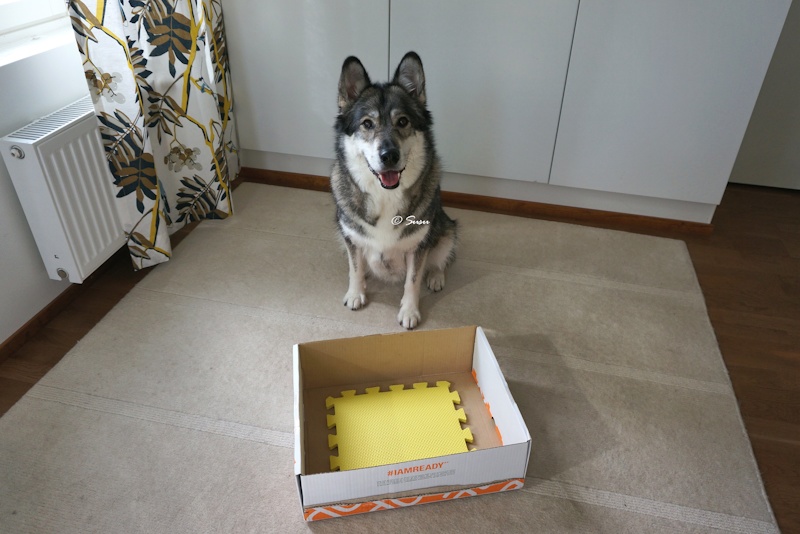 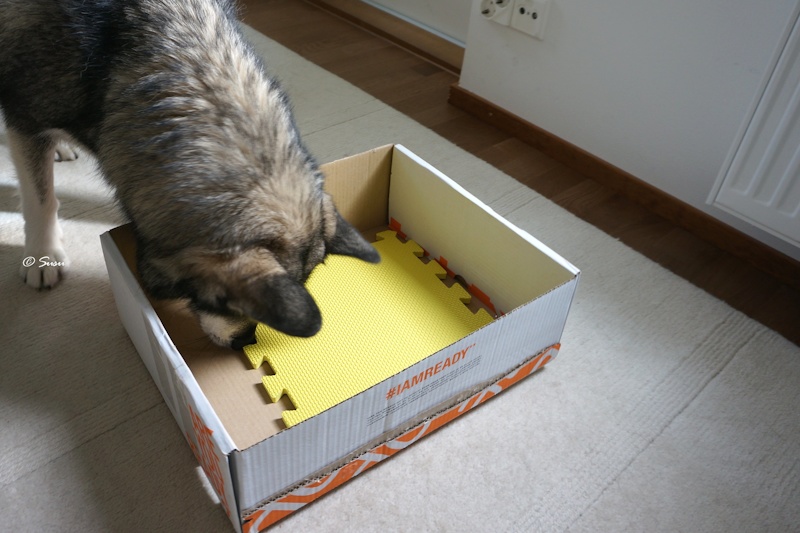 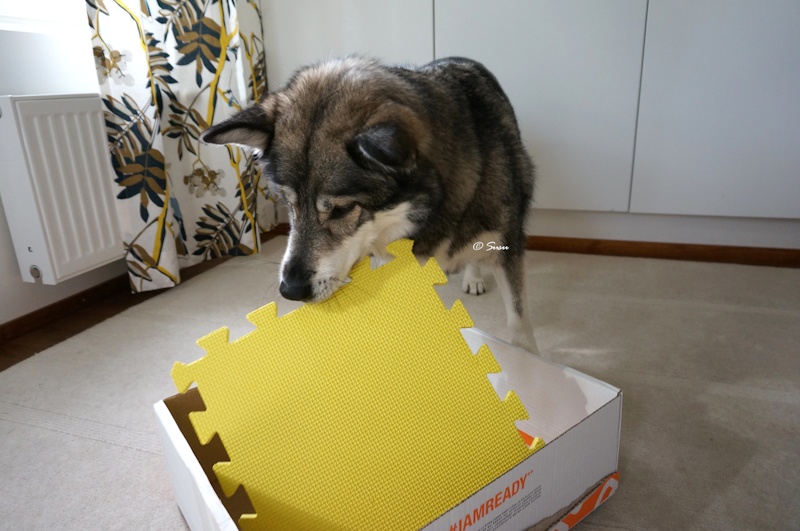 If you have a small dog, you can also make a fun tunnel out of these pieces