As I was shopping, I drooled over some muffin trays and came up with an idea for this game.

This game is like a reversed muffin tray. I put treats to paper muffin liners and then I put them between two cardboard panels.

First I measured the paper liner’s diameter and draw slightly smaller circles on the side of a cardboard box. I drew 8 circles, but you can do as many as you like (look a picture mosaic at the bottom, picture 1).

I didn’t write down any measurements, because paper liners are available in so many different sizes, that you need to measure them and the circles needed for them for yourself. But use liners, that have outwards folded rims so they won’t come out right away, but stays in between the panels (rims are shown in the mosaic, pictures 5 and 6).

I cut the circles open with a modelling knife (mosaic picture 2). Then I cut the sides free of the cardboard box, so then I had two panels with holes on the other.

I placed the panels side to side on the floor. I attached them on one end with some clear packing tape and then folded the panels on top of each other (mosaic pictures 3 and 4).

You can use this game over and over again. Just cut the small pieces of tape open, reset the paper liners (and change them for new ones if necessary) fold it close and put some fresh tape to the panels to seal them again.

You may want to hold on the game as we did when Miki was solving the mysteries of the paper liners.

This game was easy for Miki and it took only couple of seconds before the first liner was torn open. For some reason this game was a bit exciting for Miki, so Miki got tired after just a couple of sessions and fell asleep. 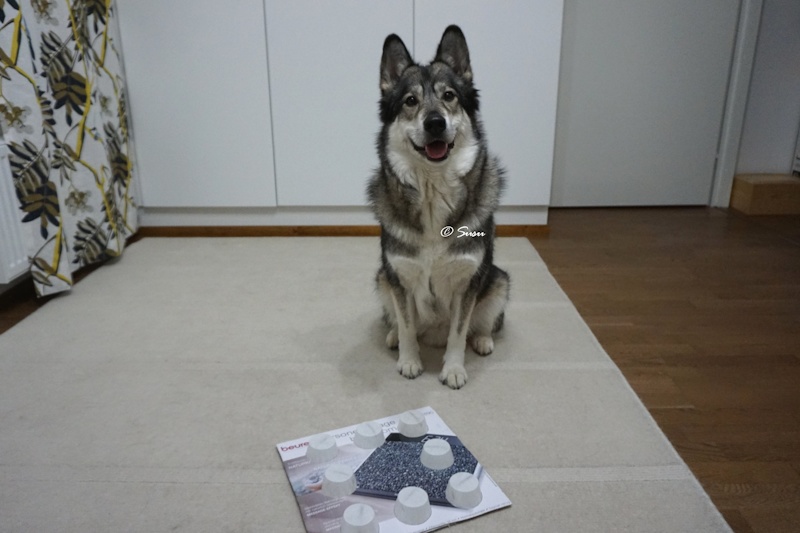 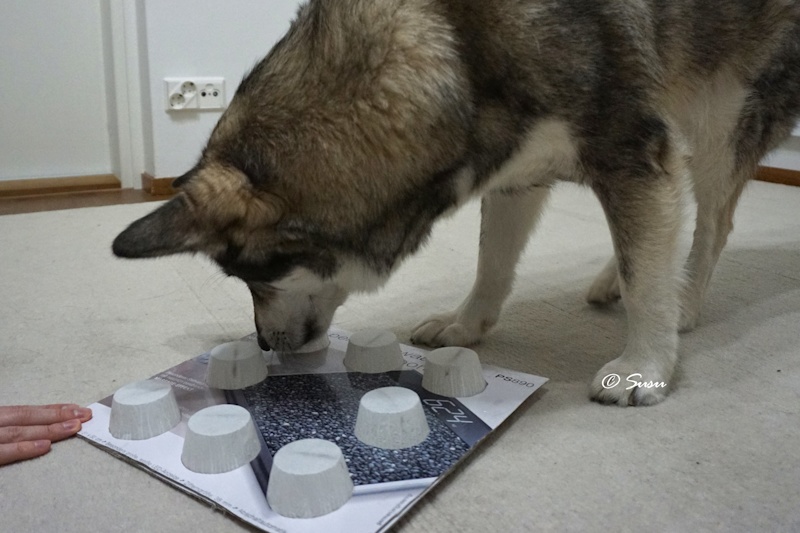 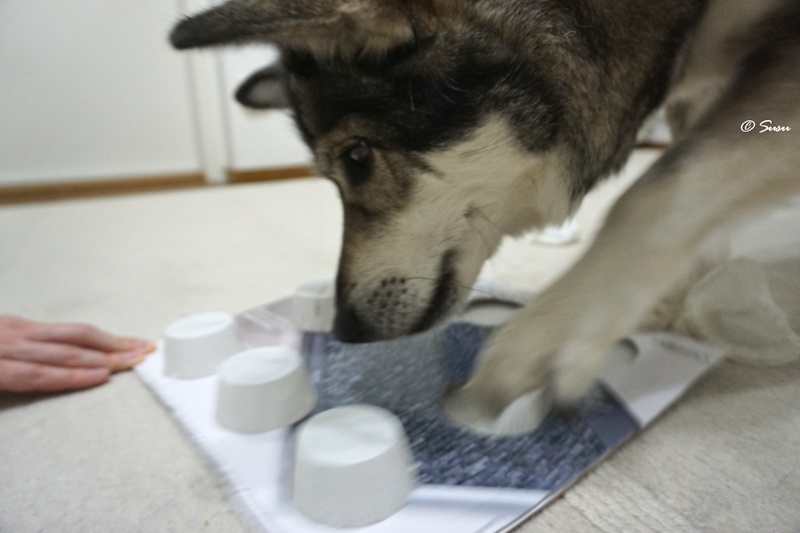 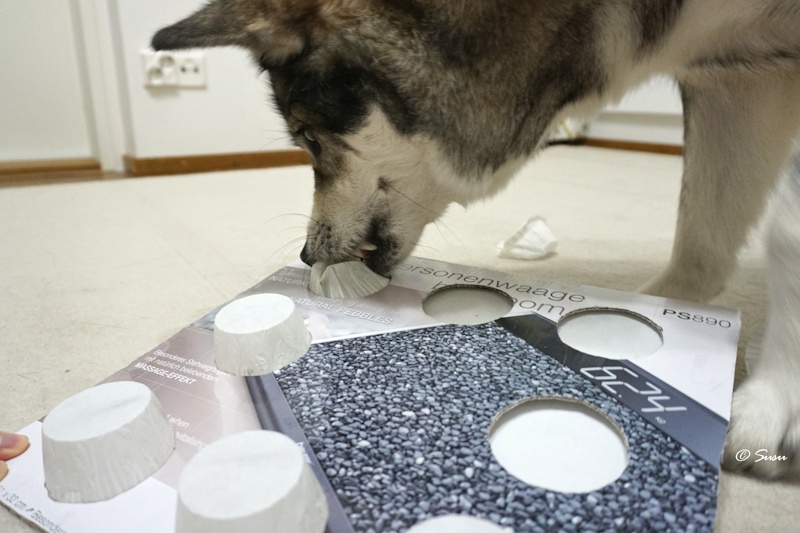 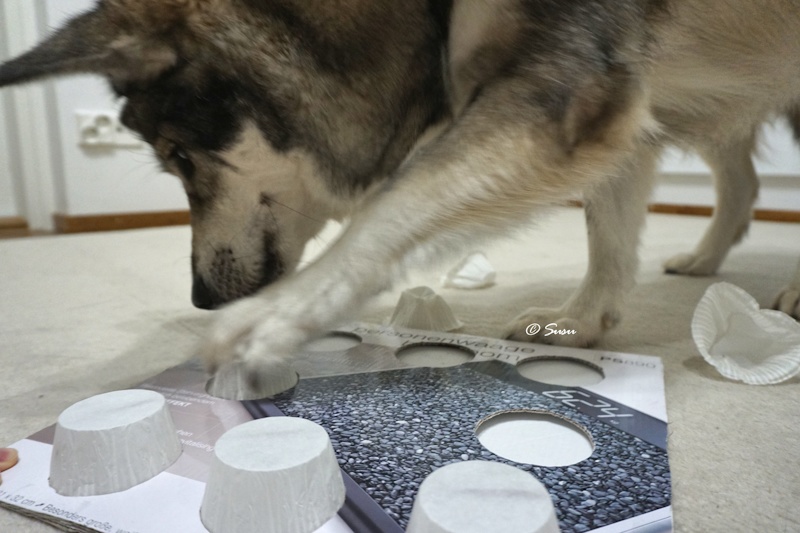 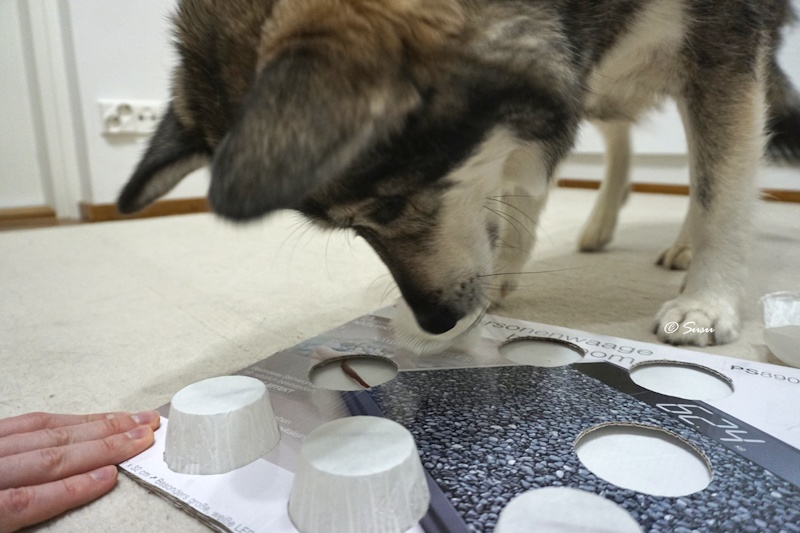 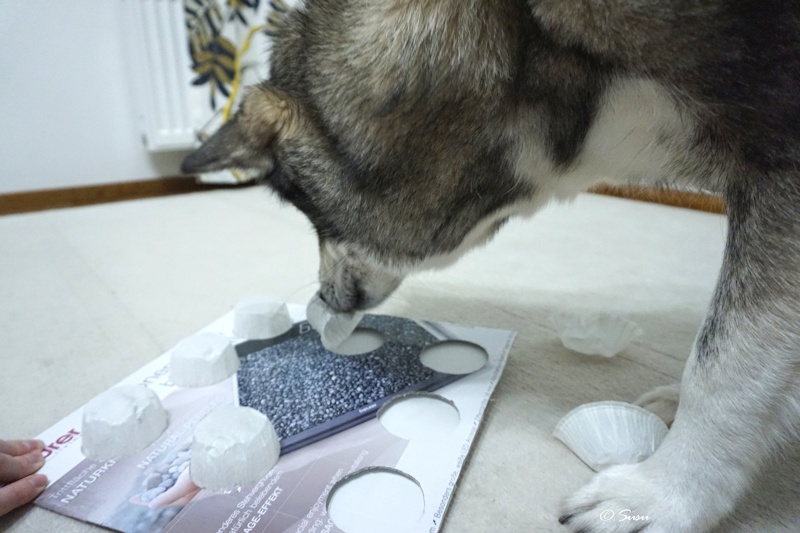 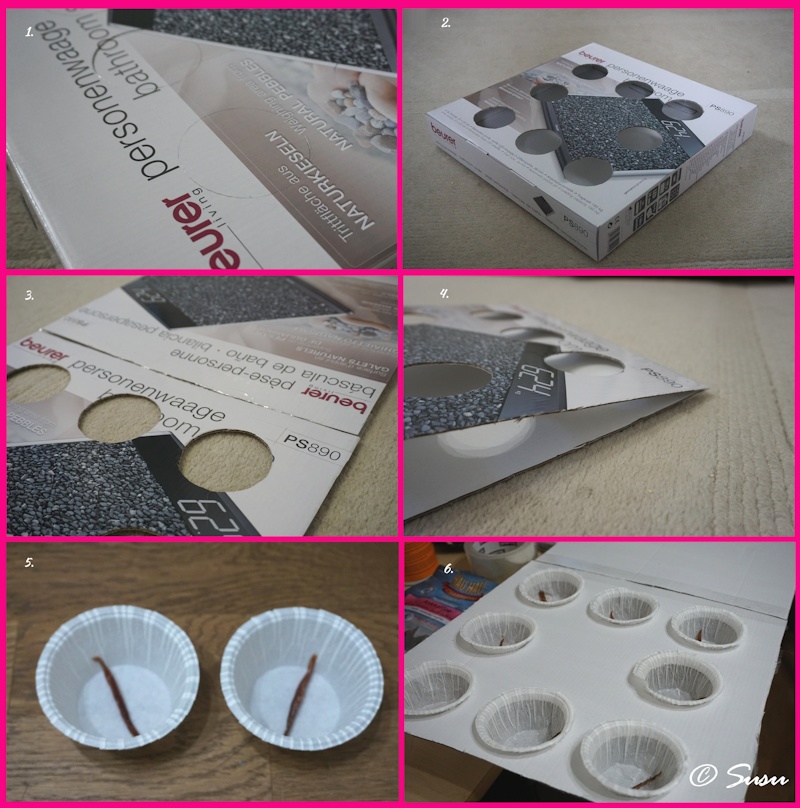