This is a two-part game. First the dog needs to pull the knotted fleece out of the toy and then he needs to dig the treats out of the knots.

First I cut a string of fleece, about 6cm wide and 60cm long. Then I tied three loose knots to the fleece. You should use fleece, so that it won’t unravel when the dog pulls it out from the toy.

I placed a treat into every knot and pulled the knots tight. Then I pushed the knotted fleece into the Kong Genius Leo toy, but left about 10cm tail outside. You can use a Kong Genius Mike toy as well, if you don’t have the Leo.

First two times we played this game I hold on the toy, so that the fleece was easier for Miki to pull out. On the third time I gave the whole thing to Miki, and he knew right away what he was supposed to do in order to get the fleece out.

At the first time it took Miki about 20 seconds to figure out that he needed to pull the fleece out of the toy. And it took about a minute to dig the treats out of the knots. 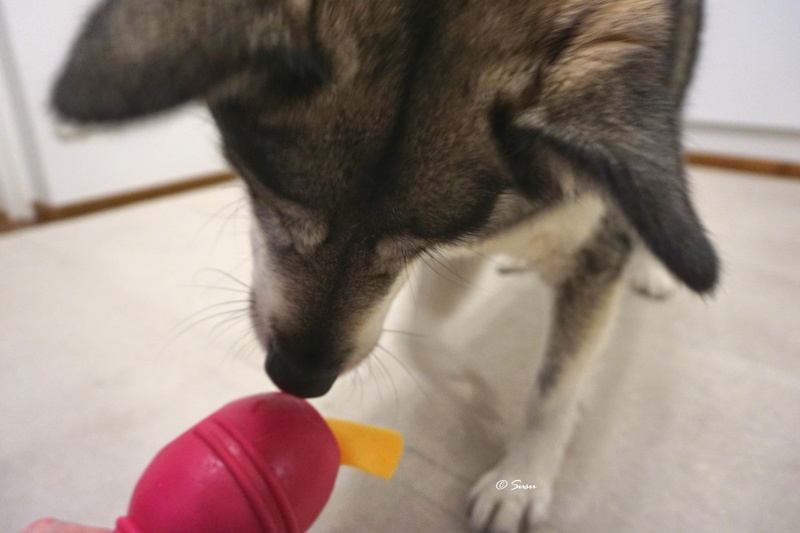 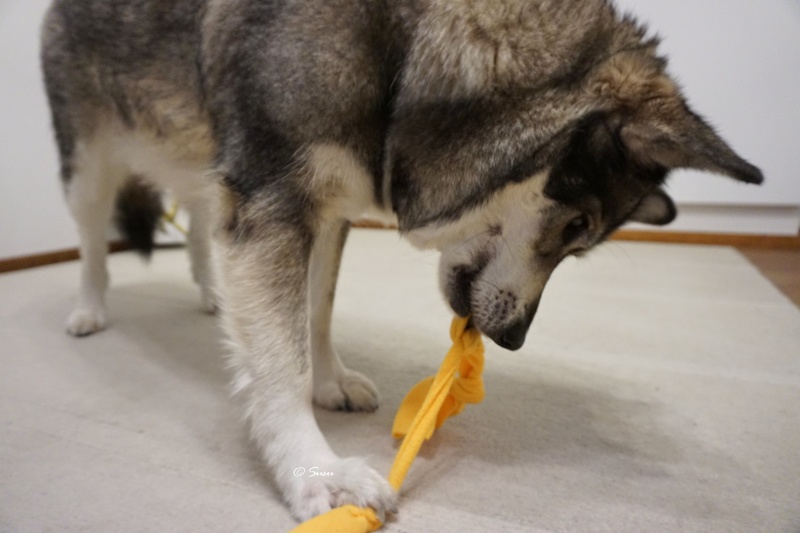 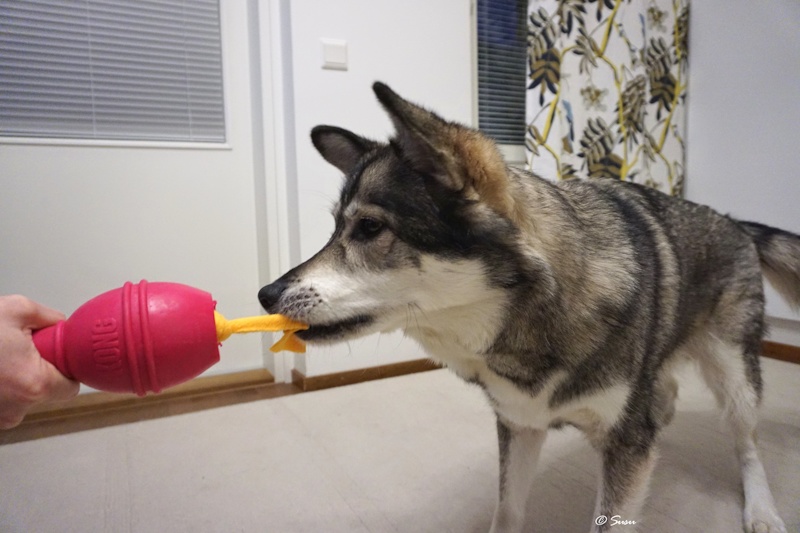 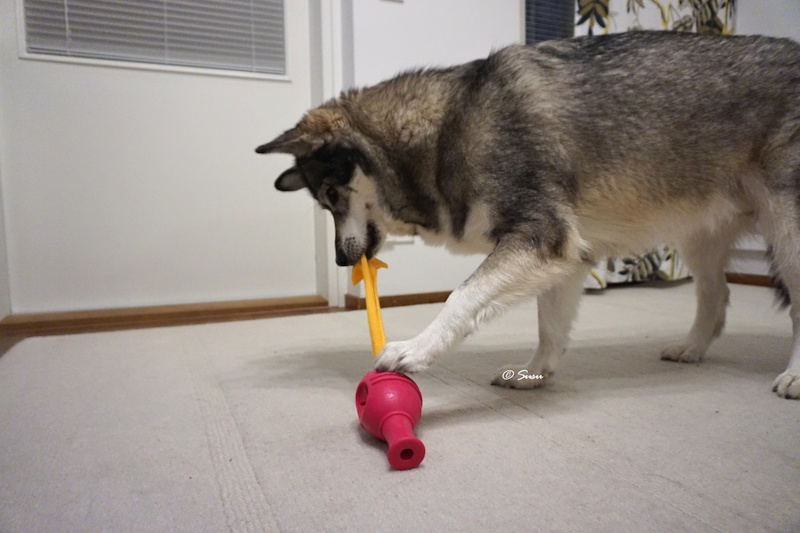 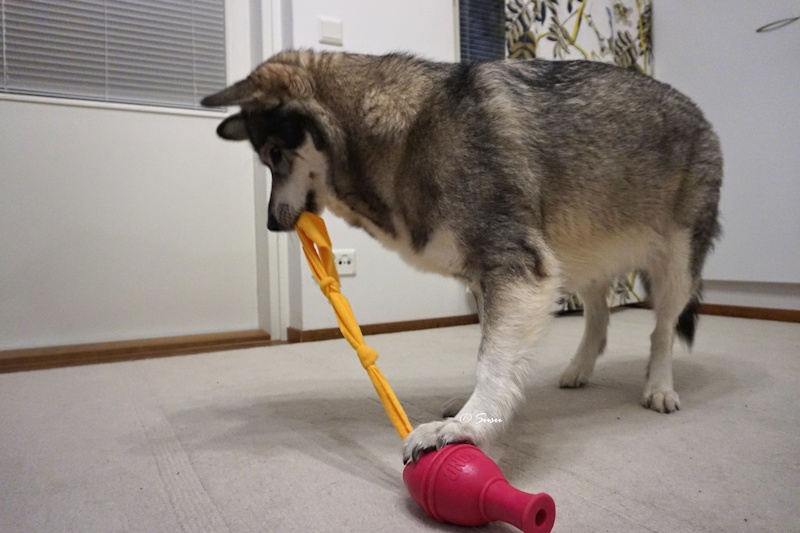 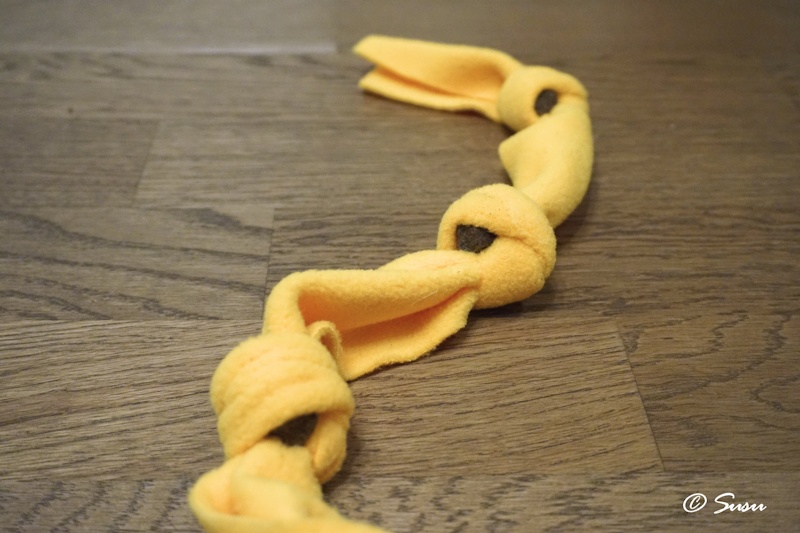 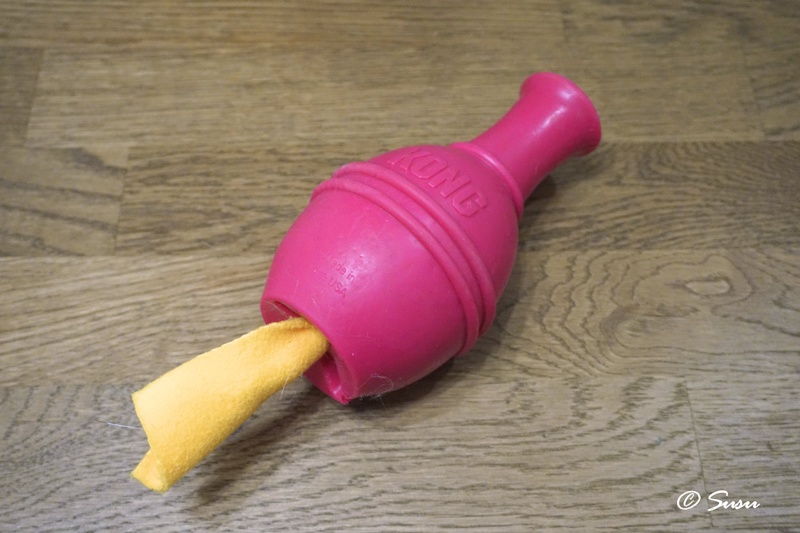 If you don’t have a Kong Genius toy you can make a similar game with the same size fleece as above and a small soda bottle.

If you have never given any bottles to your dog before, I recommend that you first give him just the bottle with some treats. You can then add the fleece later when your dog has learned how to get the treats out from the empty bottle.

When I gave Miki this bottle with fleece for the first time it took Miki about 2 minutes to get the fleece and the treats out from the bottle. 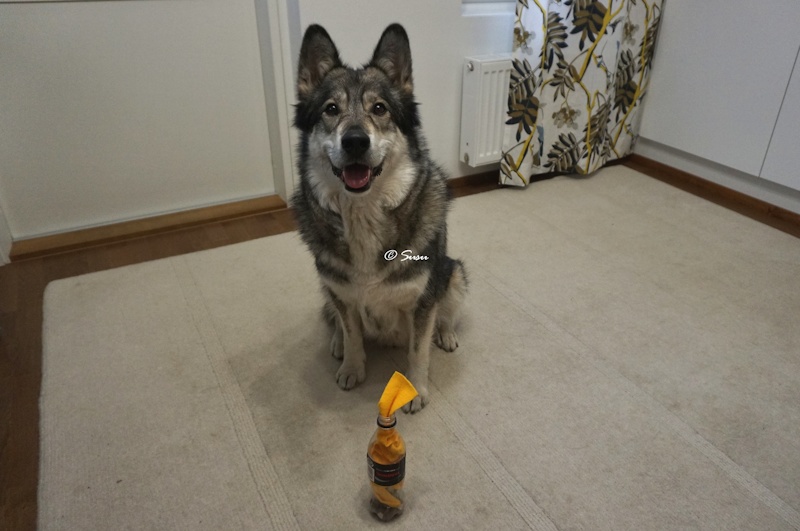 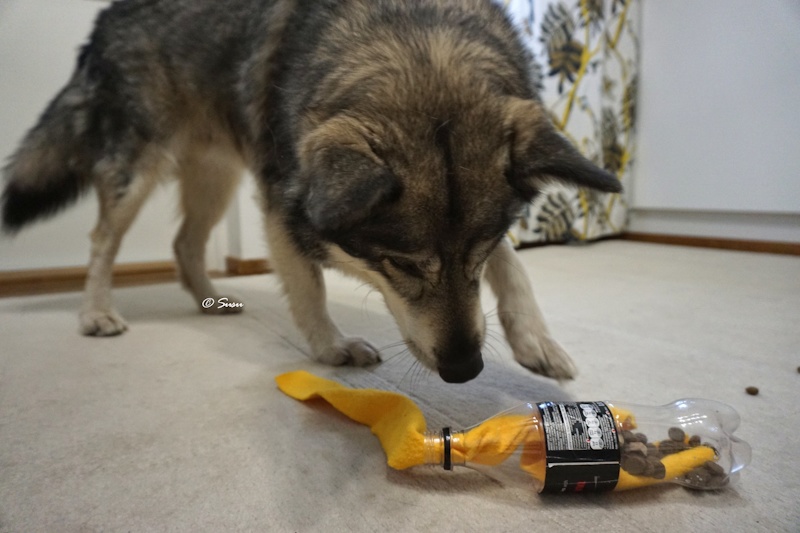 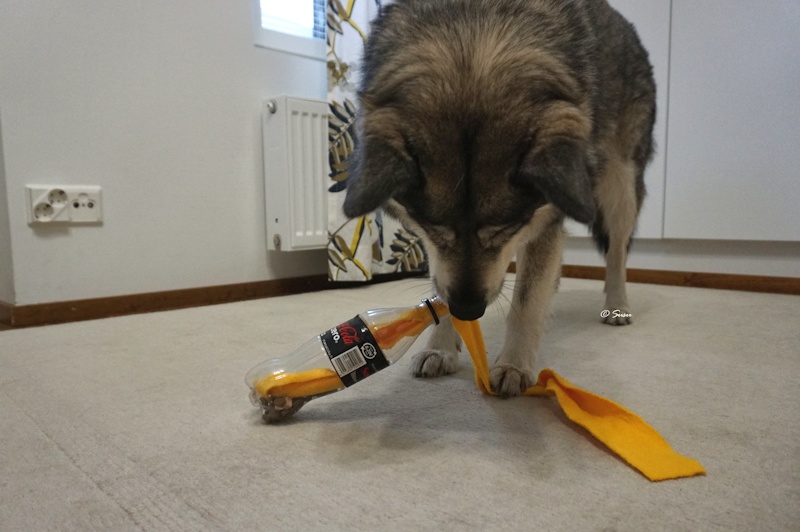 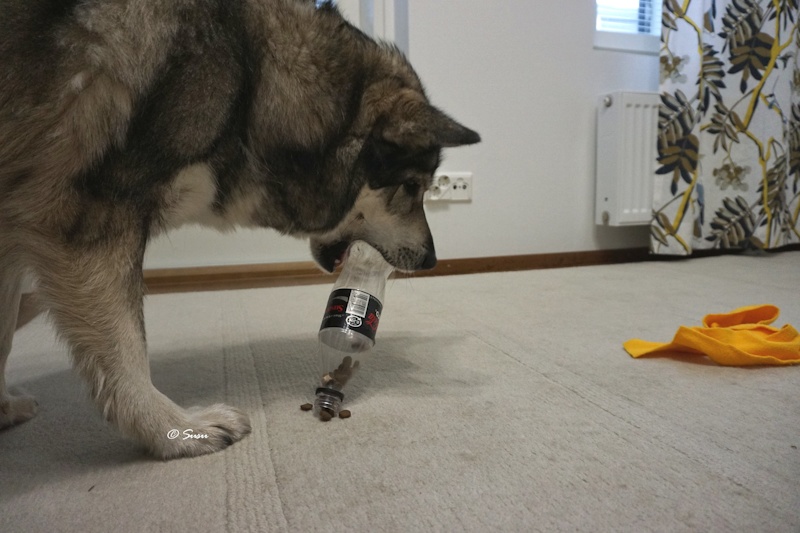