I gave Miki two of these cardboard hearts as a valentine’s day gift.

For one heart you need some cardboard, two zip ties and some thin and sticky treats.

I begun by printing a model heart on paper and drew 10 hearts on a cardboard with it (look at the picture mosaic at the bottom, picture 1). Then I cut them out with a modelling knife. Feel free to make less hearts if you don’t have enough cardboard for ten. My hearts were 21 x 18 cm. The size is not important, but if you have a smaller dog you may want to make the hearts slightly smaller.

I also cut two small hearts out of thin rubber for the zip ties to hold the cardboard hearts better in stack (mosaic picture 3). Then I made small slashes in the middle of these hearts too for the zip ties. You don’t necessarily need to do this. But if you do, make sure that the hearts are large enough, so that your dog won’t accidentally eat them.

I placed one rubber heart on the zip tie, then the cardboard hearts and then the second rubber heart. I attached the second zip tie to the first one, but I didn’t pull it tight just yet.

At this point, I cut small slices of semi-moist chicken and duck fillet and placed them in between the cardboard hearts (mosaic picture 4). When I had done that, I pulled the zip tie tight.

It took Miki about 7 minutes to get all the treats out from one valentine’s heart.

When I had cut out all the cardboard hearts I needed, I realized that the one of the cardboard boxes was perfect for the peek a hole game. So that game has now an official valentine’s day edition, which I made for my best furry buddy :) 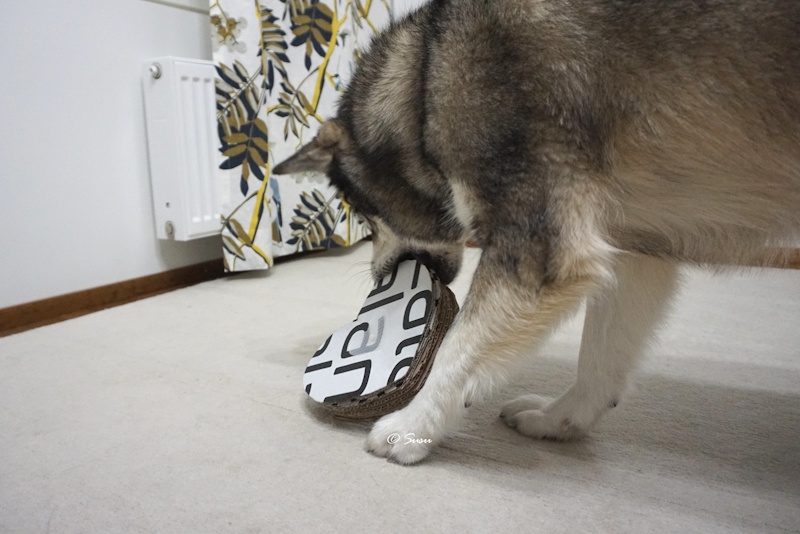 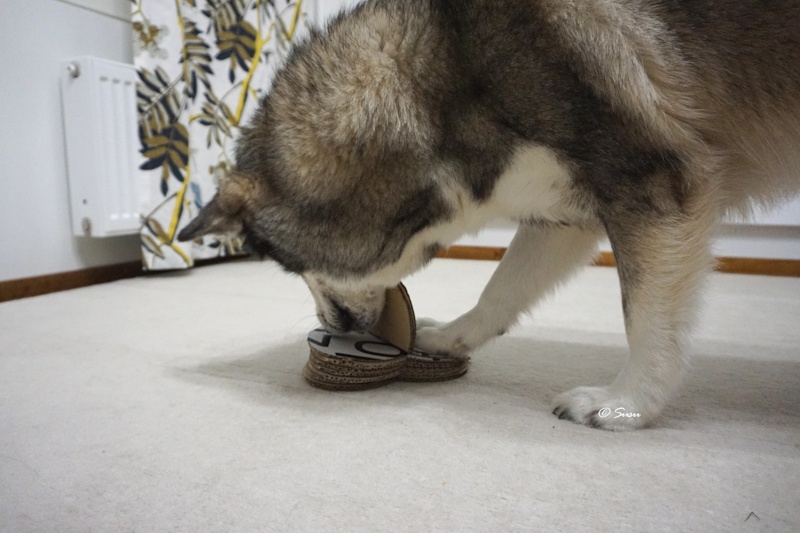 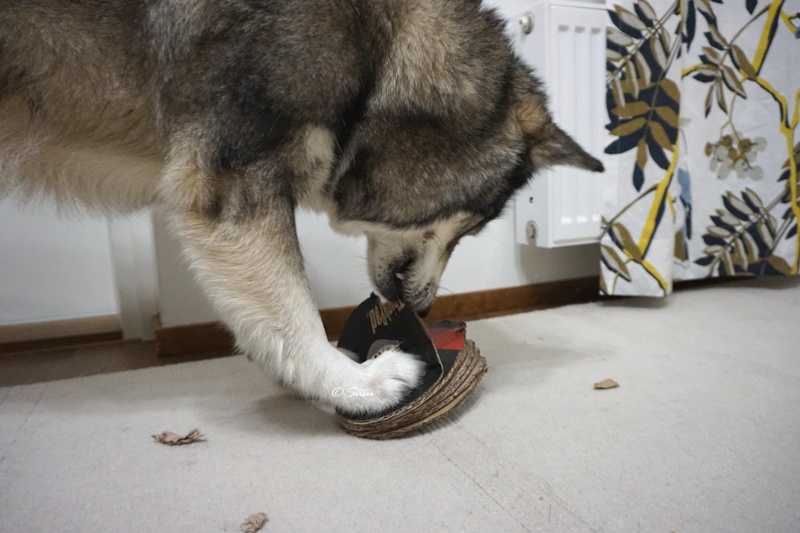 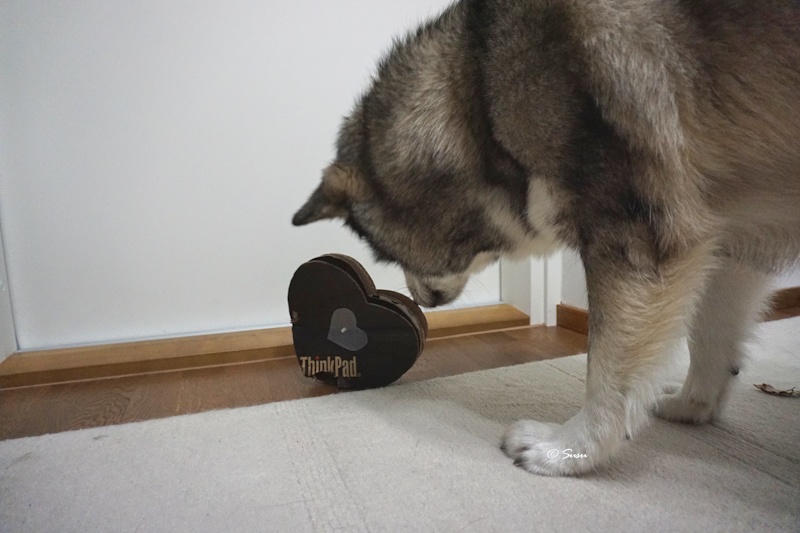 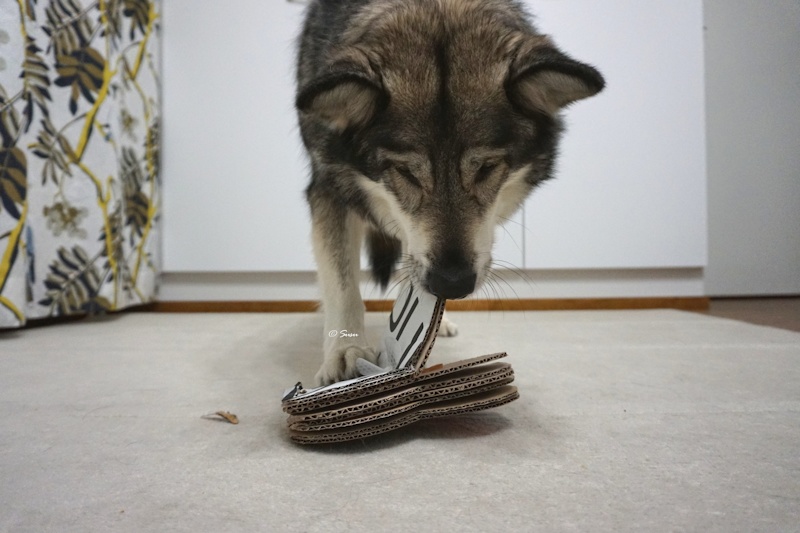 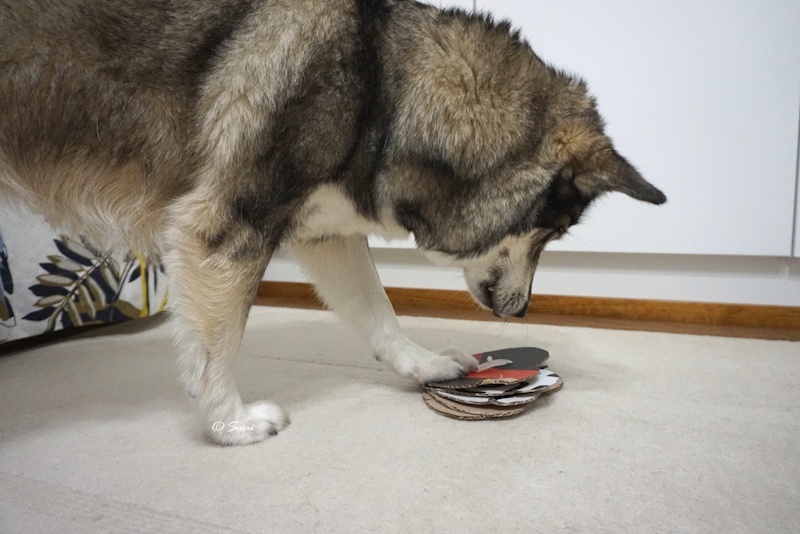 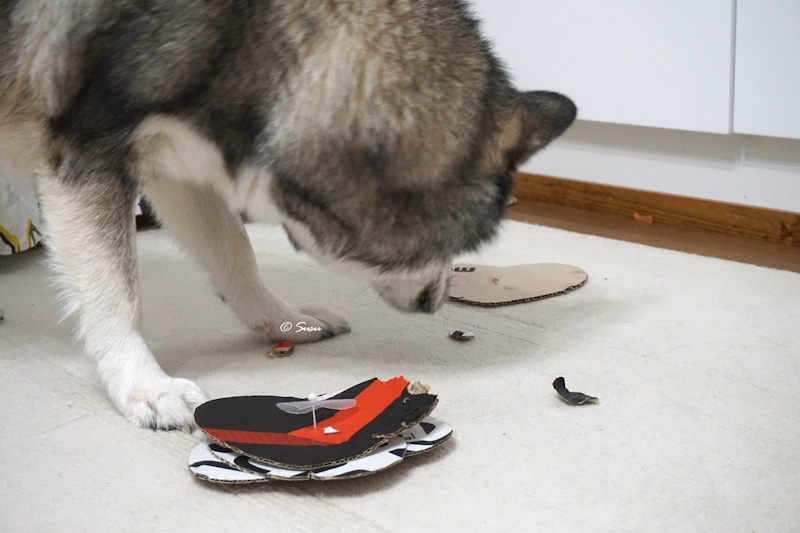 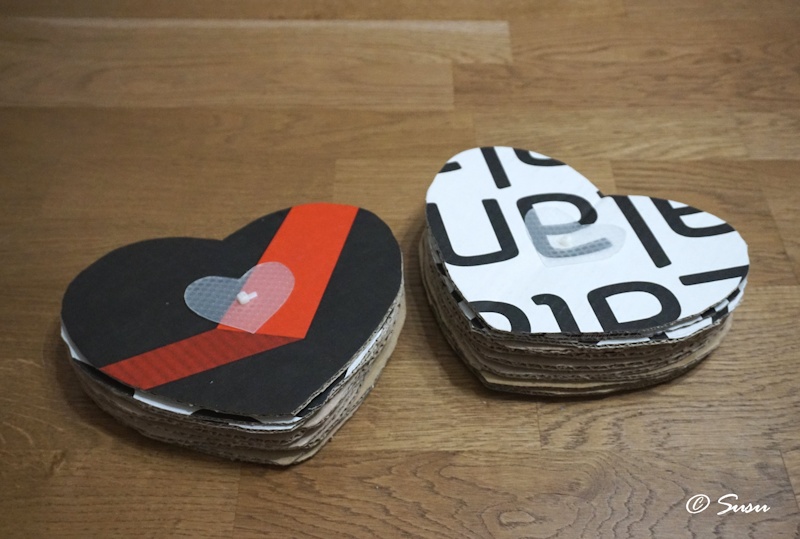 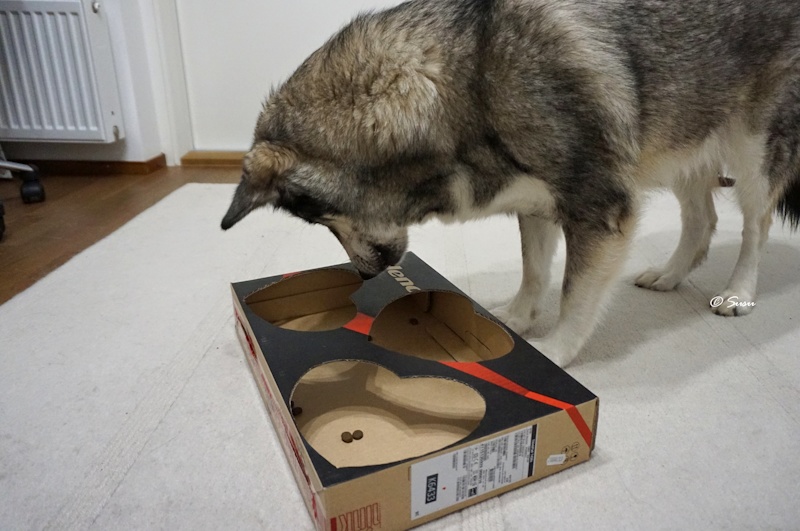