Kong Genius Leo is one of Miki’s favourite toys.

Kong company manufactures this toy in many different sizes and this is size L.

Usually I put Miki’s kibble dinner into this toy and it takes him about 5 minutes to get all the kibble out.

Once I tucked in a dried chicken fillet in it but Miki decided to take a shortcut and tore the toy apart to get to the chicken. So, I had to go to the pet store to get a new one.

I also gave feedback to the Kong company. I suggested that they should manufacture the Genius toys from the black Extreme Kong rubber so that the Genius toys would last rougher mouthing.

Despite that one incident the new toy has been durable and Miki has now used the same toy for years.

Miki also loves this toy. When we were about to move we packed our stuff into boxes. When Miki realized what we were doing he disappeared for a second and he got back with this toy. He brought the toy to us and placed it next to the box we were packing. He clearly knew what was happening and and this was his way to ensure that we packed his belowed toy also :)

In these pictures Miki plays with the toy for the first time. 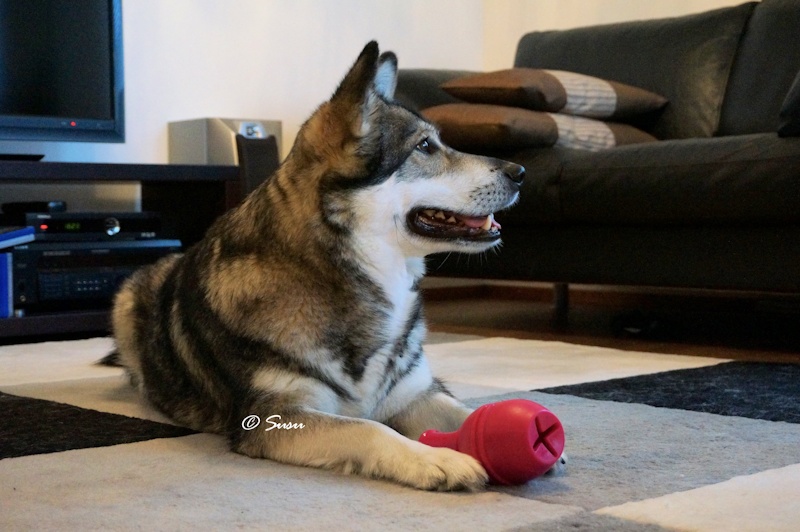 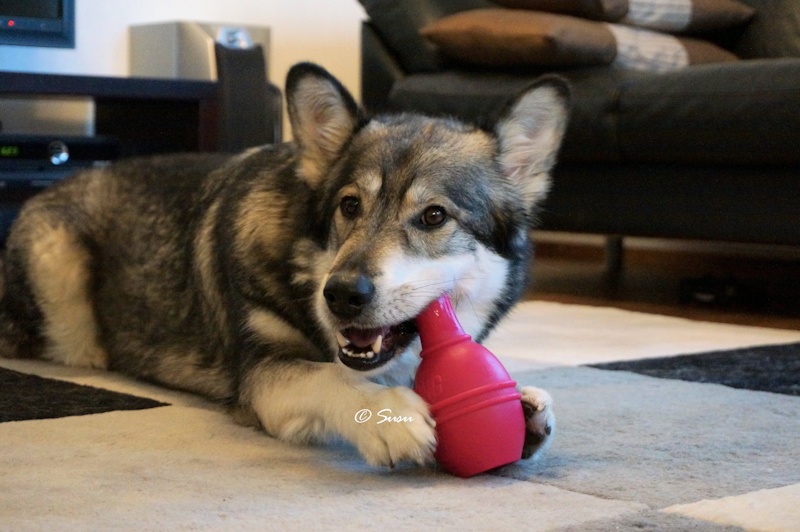 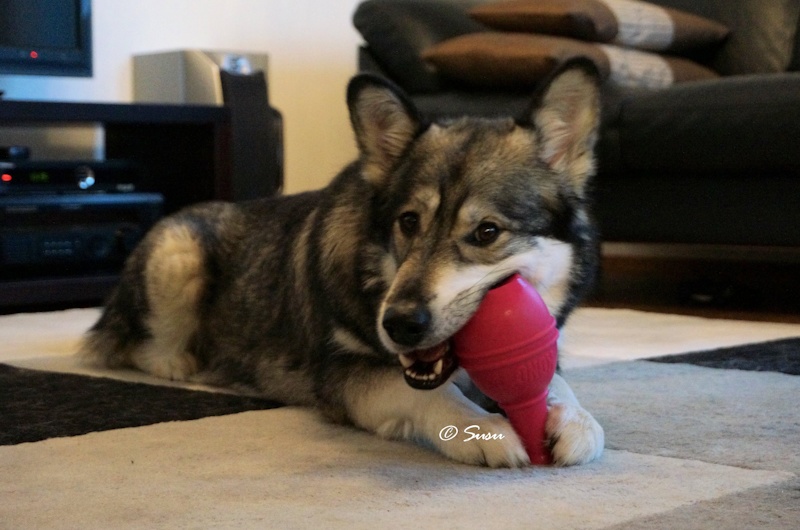 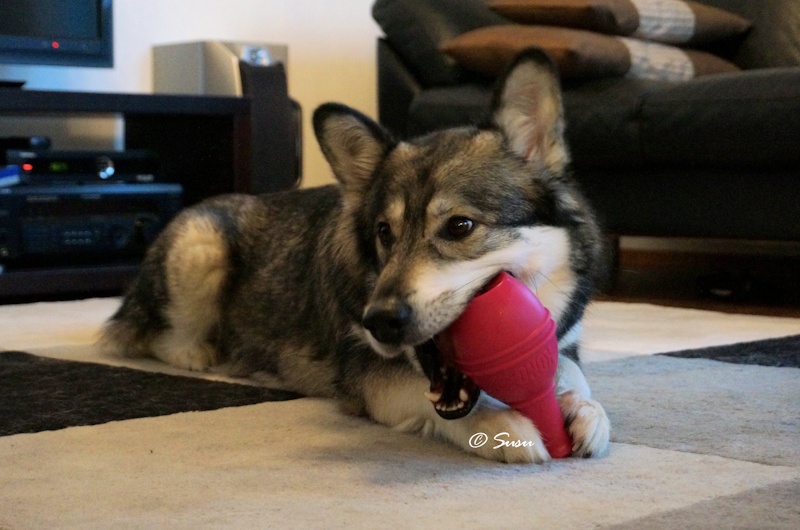 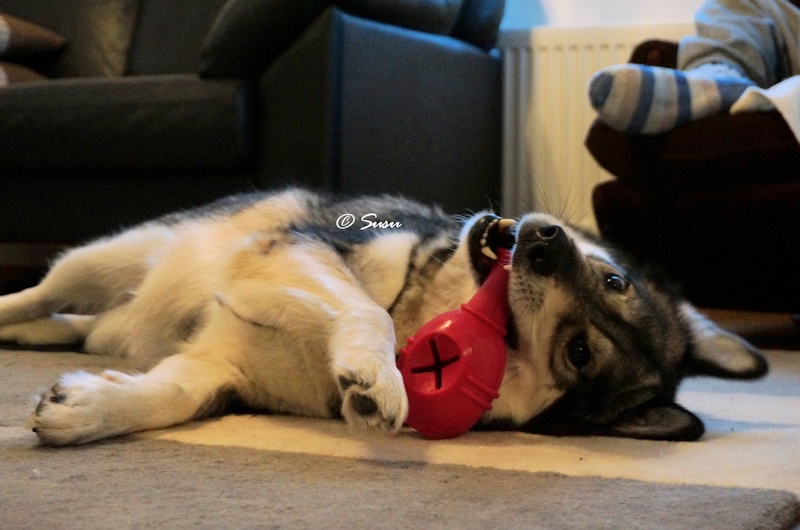 I’ve used this toy also in the following games: 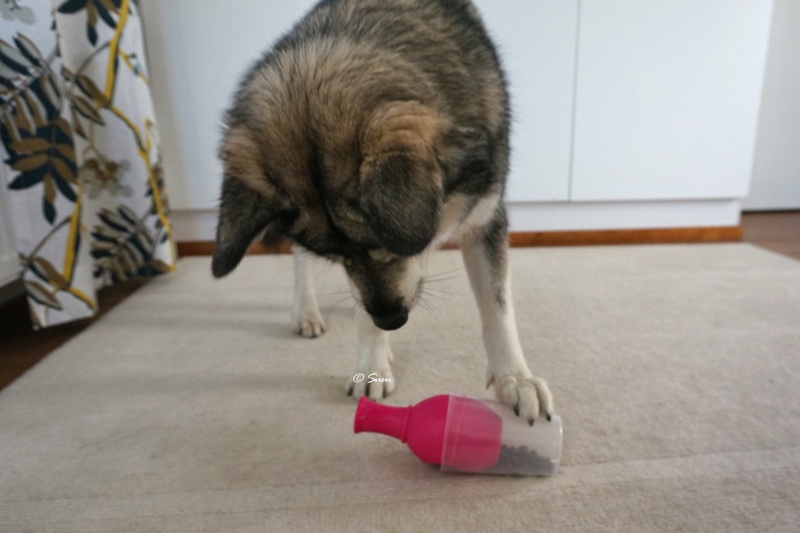